The Illinois Association of Prescribing Psychologists

is an advocacy organization of committed professionals, dedicated to providing greater access to and equity in the provision of comprehensive, optimal mental health care to all Illinois communities.

Licensed clinicians and other IAPP members can access a rich array of resources for training. We are also thoroughly engaged in the education of policymakers and the public about the multidimensional needs of our communities, statewide, and how the prescribing psychologist strives to meet the needs of these communities.

The IAPP Mission is to:

Learn How To Become A Member

Learn How To Become A Prescribing Psychologist

"According to legend, the famed cultural anthropologist Margaret Mead once delivered a lecture to her students that started with this question to her class: “What was the earliest sign of human civilization?”

The answers her students provided are what you might predict: tools, pots, weapons, iron, agriculture."

But Mead shook her head no to all these answers and instead held up a healed femur – a leg bone that had broken and mended. She explained that this healing was the first sign of true civilization because it meant someone had looked after this person – given them food, shelter and rest at great personal sacrifice. Mead’s argument was that true human civilization arrived when our ancestors chose to look out for one another despite personal risk or inconvenience.

The question of what we owe our fellow humans has been front and center in my mind over the last several years – but most especially the last 12 months. And I keep returning to Margaret Mead’s simple lesson – that the measure of any society is how willing we are to care for those who need us.

J.B. Pritzker
Governor of Illinois
Excerpt from State of the State speech
February 2, 2022

I first met Steve, just after taking office as President of our Division 55 (the Society for Prescribing Psychology), in January 2004. I was struck by his warm, welcoming smile and twinkling eyes. Almost immediately, he offered to be my adviser and mentor by sitting in my “kitchen cabinet.” Of course, I quickly accepted his offer!

That was the auspicious beginning of our decades-long (and too-short) professional partnership and personal friendship.

From 1970-1978, Steve was Associate Professor and Director of the Psychological Clinics at SUNY Buffalo.

From 1978-1999, he was Program Director/Chief Psychologist of Behavioral Medicine at Kaiser Permanente in Hayward, California. In the 1980’s, Steve created the construct of integrated health and, in the Kaiser Health System, implemented programmatic changes aligned with this innovative construct.

Steve will probably best be professionally remembered for his tenure as the first Director of the Postdoctoral Master of Science Program in Clinical Psychopharmacology at Alliant International University. It was, in part, because he lobbied for this Program, that Alliant established the first MS postdoctoral training program in Clinical Psychopharmacology in the U.S. in 1998.  Steve created this position and shaped it from 1999-2015. Steve received his own MSCP in 2002 and received Emeritus status in 2014 from Alliant University. Many hundreds of psychologists have now earned their MSCP from Alliant as the Program continues to move forward, with Alan Lincoln and, now, Judi Steinman, as successive Directors.  Steve, along with Morgan Sammons (then-Dean of Students at CSPP/Alliant) established cohorts for Steve’s training program in Louisiana as well as in many other states and, when he was speaking at an international conference in South Africa in 2010, he reached out to groups of South African psychologists, specifically urging them to become trained and to push for Prescriptive Authority in their country.

Today, psychologists Joachim Mureriwa and Thabiso Rapapali, having earned their MSCPs at Alliant, are powerfully mobilizing their colleague psychologists in the South African Movement for legislative Prescriptive Authority. In gratitude for Steve’s inspirational, outstanding leadership, Drs. Mureriwa and Rapapali honored Dr. Tulkin, this past November 2021, with an Award of Excellence, from their Association, PASAP, the Pharmacology Association for South African Psychologists.

In 2007, Steve helped to create the APA Division 18/Alliant partnership (to which I contributed 2009-2014) to annually fund 5 Native psychologists’ training in Clinical Psychopharmacology.  This partnership endured several years and facilitated the training of scores of Native clinical psychopharmacologists, as they prepared to earn prescriptive authority for their comprehensive mental health work with tribal communities.

As part of our partnership, Steve and I co-chaired a half-day Program at APA 2010, in San Diego, with prominent Native psychologists and lawyers, talking about the need for greater psychological and legal resources on Native lands. We also coordinated, with members of the Diegueño tribe from San Diego, a beautiful drumming, chanting, and dancing ceremony at the close of our half-day speaking Program.  Many of the working relationships that we established in 2010 continue today.

Throughout his career, Steve was very active with APA, particularly in Division 55 and Division 38 (Division of Health Psychology) and as the Chair of the APA Designation Committee on Postdoctoral Programs in Clinical Psychopharmacology (2014-2019).  He was also very active with Division V (Psychopharmacology) of the California Psychological Association, serving as Treasurer from 2010-2012 and the San Mateo County Psychological Association, serving on its Board since 2014.

Even in this last year, Steve continued, as best he could, his vital work with his patients, and his clinical supervisory work, as adjunct faculty at Stanford. He was helping his patients to heal even as he was finding it so difficult to heal from his own (critical) illness.

We will remember Steve as an innovator, teacher, mentor, APA leader, and astute clinician.  I will always appreciate Steve for his many profound insights, his curiosity, his sharp intellect, his charm, his excitement about our field of Psychology, his generous mentoring of others (including me) and his heartfelt kindness and love for all of us.  We have lost a giant in our Field and I have lost a true and loyal friend.  May his memory be a blessing. 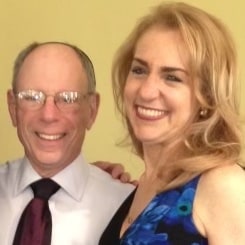 Brian Humphrey, Psy.D, discusses why he chose to be a prescribing psychologist.

Claudia Mosier, Psy.D, is asked what it feels like to be a pioneer as one of the first Illinois prescribing psychologists.

Edgar Ramos, Psy.D., discusses his vision for the future of his practice once becoming licensed as an Illinois Prescribing Psychologist.

Kyle Bonesteel, Ph.D., speaks about his experience training as a prescribing psychologist and his vision for the future of the practice.

Gretchen Boules, Ph.D., discusses her experience training as a prescribing psychologist and her hopes for her practice.

Achieving Gender Equity in the context of Global conflict, religion and enslavement of Women and Girls

Psychology Trainees May Not Be Allowed to Practice What They Preach

There’s an urgent need for understanding of burnout among psychology students. Posted February 25, 2022 |  Reviewed by Gary Drevitch This post was written by Rita M. Rivera, M.S., CTP and David Benitez, M.S. representatives of...

*Psychologists will receive 1 free CE for their attendance during the webinar REGISTER HERE    Our nation is in the midst of a pre-existing mental health crisis that has been...

We of the Illinois Association of Prescribing Psychologists stand in solidarity with the Ukrainian people and all people who are fighting for their freedom and sovereignty. We psychologists are committed to doing everything we can to understand and provide assistance to those suffering from the trauma of war, marginalization, and the deprivation of human rights.